The only Legos I liked playing with were the ones that had females in it, you know…pink stables and all. Female Legos in Medieval times, that sorta thing. 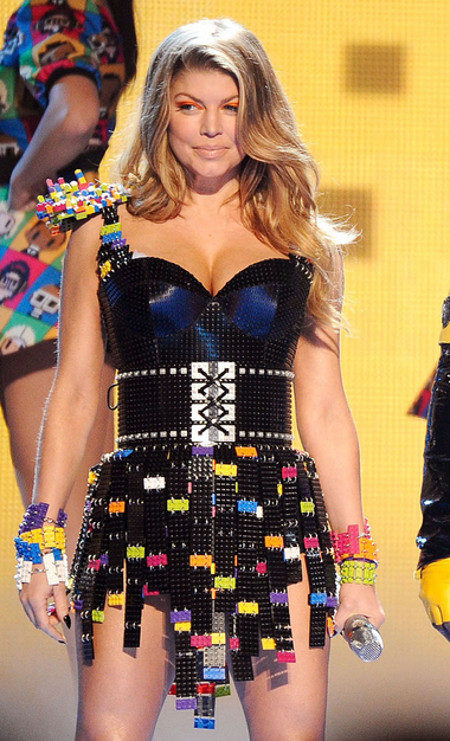 Designed by LA designer Michael Schmidt, this corset-like fun dress was made for Fergie who performed during the 24th Annual Nickelodean Kids’ Choice Awards back in April. 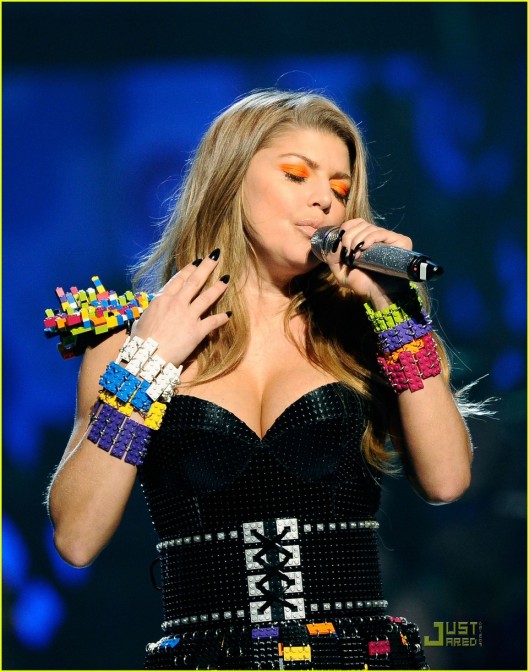 It was created on a corset to give the dress body, but everything else IS Lego. Even those rad Lego bracelets, which I really really want.

There was no exception to Jack Black who was the host: 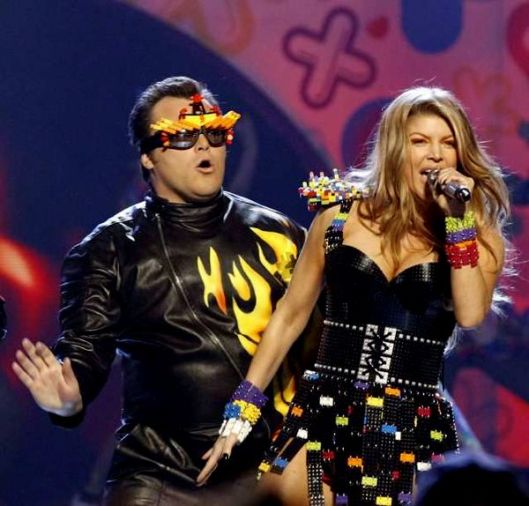 He had Lego sunglasses on!

Gotta love the kitsch and fun in Lego. Maybe I can find my brothers’ old Lego sets, drill holes in them and cuff each Lego up. Hmmm I wonder how hard it is to drill into one? Anyone tried?