32 degrees today and I think I’m suffering from a smidgen of a heat stroke, which means I’ve now become one with my couch.

But that doesn’t mean I love you any less.

Pictures from my trip to my surrogate motherland, the overall effect of which was gloriously cushioned by massive, intentional carbicide.

I am a self-confessed caffeine-addict. Every morning I wake up and miss the smell of coffee-beans roasting as they’re being slaughtered for my cuppa. I miss having freshly-roasted lattes. Being a creature of habit will do you in. While we’re being emotional, I might as well admit that I also miss having little bits of art nestled in foam to look at.

An old-world chandelier that was hanging off the ceiling of a cafe in Fitzroy that serves the best breakfast in town. I’m a big breakfast kinda girl. If I had my way, I’d be eating breakfast every meal.

A petting zoo! These critters were for sale (I’m aware that had this picture been taken a little closer to home, these animals would definitely not have just been for petting/kept as pets). Guinea pigs, rabbits and pearl chickens (they’re the odd white things you can’t quite make out in the picture). Spot the grey rabbit staring straight at the lens. I wanted to take him home!

Watching piglets rooting restlessly about in the hay, subsequently causing emotional distress to the chickens was a reasonably exciting experience. They made me want to have pet piglets. 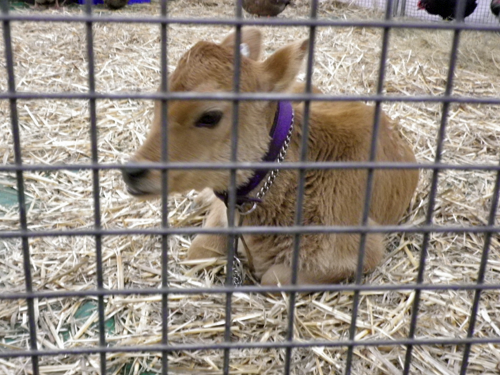 Then I saw this little cutie. I’ve never wanted to have a pet cow more. HOW CAN YOU NOT LOVE THIS FACE?? He was so sweet and gangly, I wanted to adopt him on the spot. I would have figured out a place to let him frolic all day and chew cud eventually. Most likely with the pair of piglets and that grey rabbit.

After a while, mum wandered off to look at a bunch of orchids and cacti, leaving my father and I behind, still ogling the animals. Are you kidding me? This was more exciting than the baby cow? I can’t believe she’s my mother.

How 90’s is this? A gumball machine! Dare I ask how long those gumballs have been in there? And what’s so magic about them? 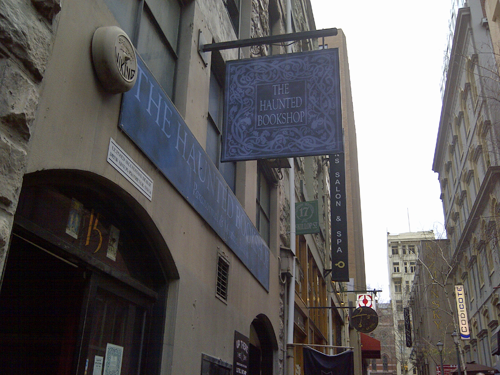 A bookstore I happened across down one of the city’s many alleys, selling paranormal books and ghost stories. No, I did not go in, and yes, it was because it did look incredibly haunted. Like something you’d see in a sinister Diagon Alley. Or, at least that’s what I imagine.

The eggs benedict down Southbank Boulevard that my father insisted I take a picture of. I can’t quite catch why he made me do it. Possibly to torment himself as he stares longingly at the sight a million miles away from where he can get a plate, drooling all down the front of his shirt.

Nobu’s signature hand-rolls. I wish I remembered what these rolls were called, but as fate would have it, I really don’t. I vaguely remember the heap on the right being the Nobu something-something Special roll, and don’t even ask about the heap on the left.

I probably miss this the most: A Grill’d burger. Preferably slathered with copious amounts of herb mayo, which is the only kind of mayo I can stomach in large and unadulterated quantities.