From a peaceful protest on Saturday to escalating riots, arson and looting in country for the past few days…it’s anything but peachy in London and across key areas of England.

It’s disgusting, that the unashamed ones have taken advantage of the situation to loot unsuspecting civilians, burn buildings and cars, and rob shops (mainly big chains).

One particularly disturbing story is of a Malaysian 1st year MARA-sponsored student called Mohd Asyraf Haziq living in London (barely there one month who just arrived for his tertiary studies) who went out onto the streets with some friends to get some food to break fast (Muslims are having Ramadhan now). He got injured in the rioting with a broken jaw. Asyraf was then “helped” by a passerby when suddenly an accomplice came up behind Asyraf, OPENED HIS BAG AND STARTED LOOTING HIS BELONGINGS! From the look of Asyraf in the video (filmed by someone a distance away from the rioting), he looked too weak and dazed to even comprehend fighting back.

How can people in LONDON just watch and stare, when Asyraf was bleeding onto the ground? Where is the compassion? Where is your bravery? Has society become so barbaric that even the most fundamental values of humanity have become void of existence? 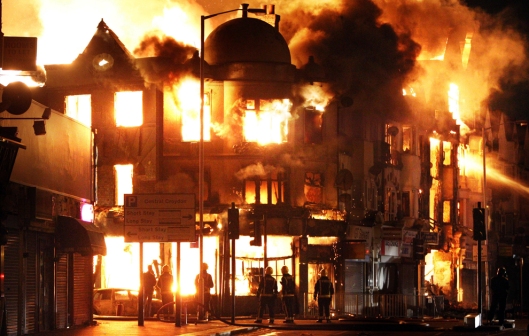 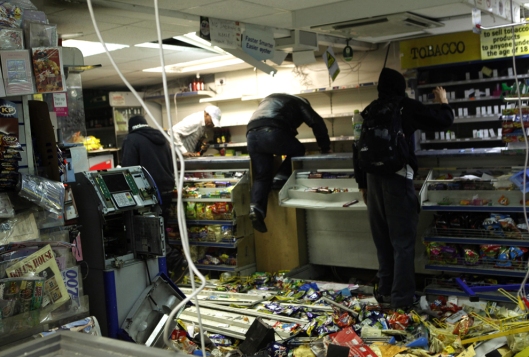 Looters rampage through a convenience store in Hackney on August 8, 2011. (Olivia Harris/Reuters) 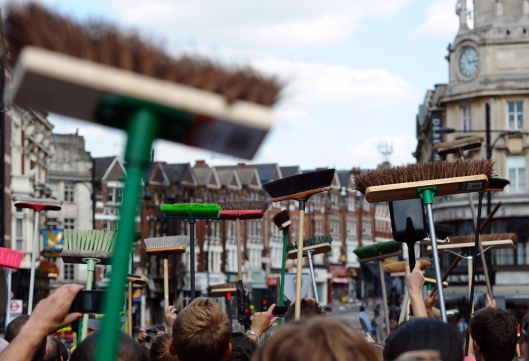 Members of the public show their brushes to London Mayor Boris Johnson on August 9, 2011, as they prepare to clean their streets in Clapham Junction, in south London, of debris following a third night of unrest. (Paul Ellis/AFP/Getty Images)

A woman poses for a photograph as volunteers wait to clean up after overnight disturbances in Clapham Junction in south London on August 9, 2011. (Stefan Wermuth/Reuters)

It is the same everywhere. We face the same problems. Poverty. Unemployment. Recession. Starvation. These problems know no borders.

Just as we are praying for those in the Middle-East and those starving in the horn of Africa, today, we pray for healing of United Kingdom too.